Posted on December 24, 2014 by Administrator 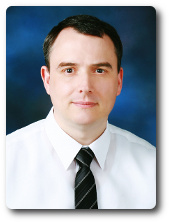 In late 2013 I met Klaus Heese from the Graduate School of Biomedical Science & Engineering and we decided to join our forces. I changed my research focus to bioinformatics and we established a prolific interdisciplinary research group, where Klaus is focused on biology and genetics and I look into the computational aspects of genetics. In the context of our joined work we realized the tremendous significance of knowledge about the evolutionary development of genes. As result I initiated the project “Taxonomy Driven Gene Prediction”, which is supported by the National Research Foundation of Korea. Aside of the work on gene prediction we have been working on tools for cancer-data analysis and visualization. Here we collect data from several publicly available data-sources and post-process them for storage in a local database that is in turn used for analysis and visualization. Further, we have been working on clustering of genes within a taxonomic context. Using such a clustering it is possible to get an impression of the evolutionary behavior of a single gene or class of genes.

The following keywords can be associated to the above research focus:
Computational Genetics, Gene Prediction, Taxonomies, Big Data Analysis, Algorithms and Complexity

November 2013. The day when the guys from TV5 québec canada visited us on campus …